December 30th’s dollop of dharma courtesy of the moon!

Previous Next
December 30th’s dollop of dharma courtesy of the moon! 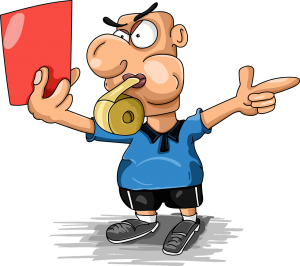 it’s monday, december 30, & moon is in the starspace called shatabhishak, which occupies a sky-slice of aquarius. aquarius creates an environment in which our gaze expands way beyond ourselves & goes global. here our sense of social justice & conscience is on high alert. if there were, say, an impeachment going on & the impeachee & his minions weren’t playing fair, this would be when some serious shade might finally be thrown at them by their own. i mean, imagine if, say, said impeachee tried to out the whistleblower who started the whole impeachment ball rolling? (although, truth be told, if there was nothing to blow a whistle about, no whistle woulda been blown, & so said impeachee has only himself to thank &, um, out, right?) now would be the time his spineless supporters might discover they have a vertebra or two.

shatabhishak means 100 healers/doctors. shat = 100, bhishak = demons, the “a” prefixed onto bhishak negates the noun, so the demons become the opposite, ie, healers. but why not just use a noun for doctors/healers, like, say, vaidyaka, which means someone learned in the medical sciences? sanskrit is a very subtle & nuanced language—there are no coincidences, but there are a lot of mysteries & not-in-plain-sight meanings that can be unpacked & unpacked endlessly. just think how many scholars it takes to translate one sutra! so the word “bhishak” (demon) is intentional. the message of this asterism is that our healing comes from our ability to look our demons in the eyes, to acknowledge them, rather than either pretending they don’t exist or giving all our power over to them, becoming victims of our shadow, that our demons/shadows can be our strengths, our medicine. we need our shadow so we can see our light & we need our light to illuminate our shadow: they are two halves of the same coin, which is us.

it’s the fifth lunar day, which is ruled by the moon, just as monday is. & this phase of the moon is related to healing routines, taking our medicine, maybe from one of the hundred doctors of shatabhishak?!

jyotish, vedic astrology, is the science of light. i’d love to help you shine more light on your life  but i’m taking a wee break from readings to support my family. stay tuned! ~.~

Image by Dmitry Abramov from Pixabay