December 31st’s dollop of dharma courtesy of the moon!

Previous Next
December 31st’s dollop of dharma courtesy of the moon! 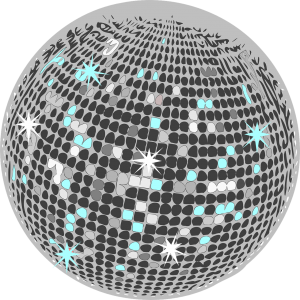 it’s tuesday, december 31, aka new year’s eve (!), & moon is in the starspace called shatabhishak (see yesterday’s post for the deets) until about 1 pm mountain time, then moves into purva bhadra, where it will be when the ball drops in times square at midnight tonight. purva bhadra occupies a sky-slice that’s mostly in aquarius but a sliver of which is in pisces. so this marks a transition in the zodiac from worldly concerns, as in concerns about the world—not material existence but the cultural-social-political state of the planet—to being unconcerned by the earthly & embodied & more interested in the transcendent, in that which lies beyond this mortal coil. kind of a nice place to be in as we transition from one year to another, from one decade to another. way to get some perspective.

moon doesn’t move into the pisces sliver until about 9 am tomorrow mountain time, so we’ll still be focused on the global village until then. every week (i think—i just grab episodes when i feel like it) on his netflix series “patriot act,” hasan minaj deconstructs the evil undercurrents of some aspect of culture, inviting us to take a closer, more conscious look at how our choices impact the world so we can take action steps & make better choices. this week (i think) he suggested that in the new year we stop beating ourselves up for not doing everything—say, saving orangutans, getting straws outlawed, marching in every organized march against everything—& instead cutting ourselves some slack by choosing three causes & giving our all to them. i like his thinking. there is just way way way way way too much room for improvement in this world & if we spread ourselves too thin, we’ll just get burned out. so good day to feel into our aquarian energy on & make a plan for our humanitarian work for 2020!

purva bhadra brings a lightning flash of “oh, i get it, there’s more to life than i thought there was & now i know what it is.” here’s what rumi had to say about the meaning of life:

this is how a human being can change:

there’s a worm addicted to eating
grape leaves.
Suddenly he wakes up,
call it grace, whatever, something
wakes him, and he’s no longer
a worm.
He’s the entire vineyard,
and the orchard too, the fruit, the trunks,
a growing wisdom and joy
that doesn’t need
to devour.

it’s the sixth lunar day, which brings the ability to fight the good fight & win & then go out & celebrate—or stay in & celebrate. whatever works for you.

tuesday is owned by mars, who is at home in his own sign of scorpio for a while. you know how you feel stronger & more confident in your own house than, say, in your parents’? well, same same with the planets. so take advantage of mars’ strength & confidence to get ‘er done.

jyotish, vedic astrology, is the science of light. i’d love to help you shine more light on your life  but i’m taking a wee break from readings to be a support for my family. stay tuned! ~.~

Image by Ciker-Free-Vektor Images from Pixabay