January 5th’s dollop of dharma courtesy of the moon!

Previous Next
January 5th’s dollop of dharma courtesy of the moon! 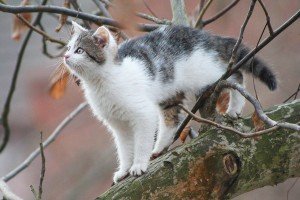 it’s sunday, january 5, & moon is in the starspace called bharani, which occupies a sky-slice of aries. aries is ruled by mars, who gives us courage & passion & enthusiasm. want to start something new or take a new fork in your road? aries always wants to, so take advantage of that energy. just make sure not to trample over others in the process & to carry a map.

bharani is ruled by yama, the god of dharma as well as death, & its symbol is the yoni, the female sexual organ. what does death have to do with sex? well, beings are created through the sex act (not always, but … ) & once we are born, we are bound to die. you know what they say: no one gets out of here alive! bharani is where we realize the consequences of our mortality &, by extension, of all of our actions: every result has a cause, right?

the writer haruki murakami tells a story about a little white kitten he had as a child who one night raced up a pine tree, “almost as if it wanted to show off to me how brave & agile it was.” alas, “after a while, the kitten started to meow pitifully, as though it were begging for help. it had had no trouble climbing up so high, but it seemed terrified of climbing back down.” murakami was helpless to help b/c even a ladder wouldn’t have been tall enough to reach the kitten. the kitten continued to cry & murakami eventually went to sleep.

the next morning, all he heard was silence. perhaps the kitten had made it down & gone off somewhere? perhaps it had clung to dear life until it died of exhaustion? he thought “of that little white kitten clinging on for dear life with its tiny claws, then shrivelled up & dead,” & learned a valuable lesson: “going down is much harder than going up.” actions have consequences. if you go up a tree, you’re going to have to come down. so, um, maybe don’t be so impetuous? maybe think before you act?

the tenth lunar day becomes the eleventh around 2:30 pm mountain time. see if you notice the switcheroo from a focus on your responsibilities, on taking actions aligned with your dharma, in the first part of the day to wanting to hang out with loved ones & have a good time later—sounds like a pretty well-balanced day: work hard, play hard.

sunday is the sun’s day, so a good day to feel the power of our vision & take bold steps forward to bring that vision to life.

jyotish, vedic astrology, is the science of light. i’d love to help you shine more light on your life but i’m taking a wee break from readings to be a support for my family. stay tuned! ~.~

Image by Emilia_Baczynska from Pixabay